Championing an unrivalled blend of transnational and Mongolian legal experience and headquartered on the ground in the heart of Mongolia’s growing capital city of Ulaanbaatar, our attorneys consists of some of the most sought after legal consultants who consult for a global and domestic client base.

Our attorneys are backed by an administrative team of paralegals, translators and other support staff recognized for their efficiency and knowledge of agencies in Mongolia. 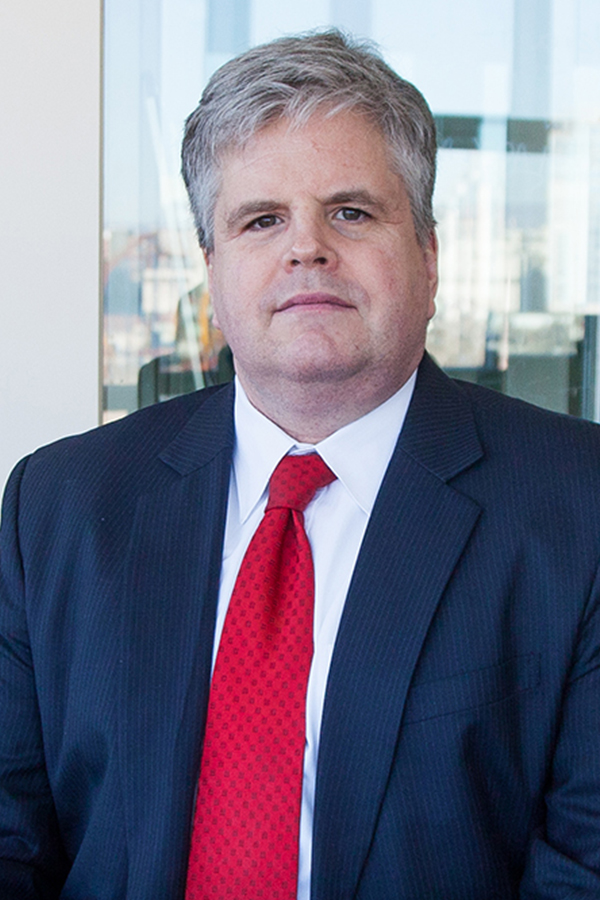 
Mr. Mahoney has been a resident of Mongolia on a full-time basis since 1997 and has extensive experience providing general corporate, capital markets, tax, project finance, aircraft leasing and banking advice to many of the world’s leading international law firms, investment and commercial banks and mining companies and other corporates.

Mr. Mahoney is ranked Band 1 by Chambers Global (as is the Firm) and is a board member of the Business Council of Mongolia, a non-profit entity formed to promote foreign direct investment in Mongolia that now includes as members more than 100 international companies.

Mr. Mahoney began his legal career as an associate in the international law firm of Hunton & Williams, where he specialized in real estate transactions and the structuring and implementation of real estate development projects. 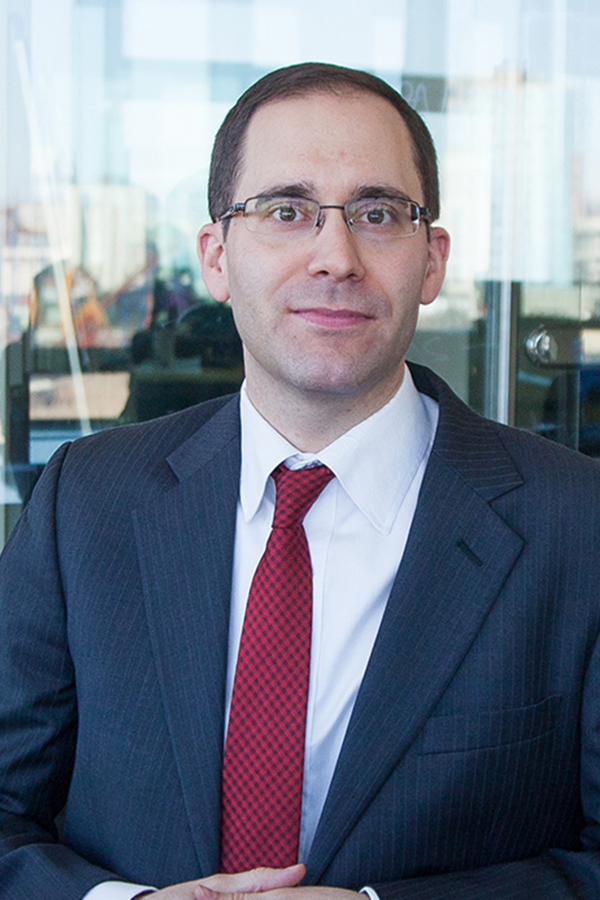 
Mr. Liotta has sixteen years of experience with Mongolia, spending the first two as a United States Peace Corps Volunteer, living and volunteering in ÖvörkhangaiAimag from 2000 until 2002, and five years as the Executive Director of the Ulaanbaatar office of one of the first international law firms with a full time presence in Mongolia before joining the Firm on 1 January 2012.

Mr. Liotta advises on market entry strategies, local partner selection and a diverse range of legal services in the minerals/energy, infrastructure, corporate, and financial sectors. He is ranked Band 1 by Chambers Asia-Pacific (as is the Firm),is named a leading lawyer for commercial practice in The Legal 500 Asia Pacific, and as a leading mining practitioner in Who’s Who Legal. His clients include Big Four audit firms, Toronto Stock Exchange-listed minerals and energy companies, and others.

Mr. Liotta was elected as the Chairman of the Board of Directors of the American Chamber of Commerce in Mongolia in December 2015. He served as co-chairperson of the Business Council of Mongolia’s Legislative Working Group from 2012 until 2016, a working group that interacts with various agencies of the government of Mongolia and proposes legislative reform and improvement in a number of different areas of law. He sits on the Tax Working Group of the Business Council of Mongolia and is a member of the Board of Directors of Friends of Mongolia along with former U.S. Ambassador to Mongolia Alphonse LaPorta.

He has represented clients in arbitration at the Mongolian National Chamber of Commerce and in the courts of Mongolia up through the Supreme Court of Mongolia. 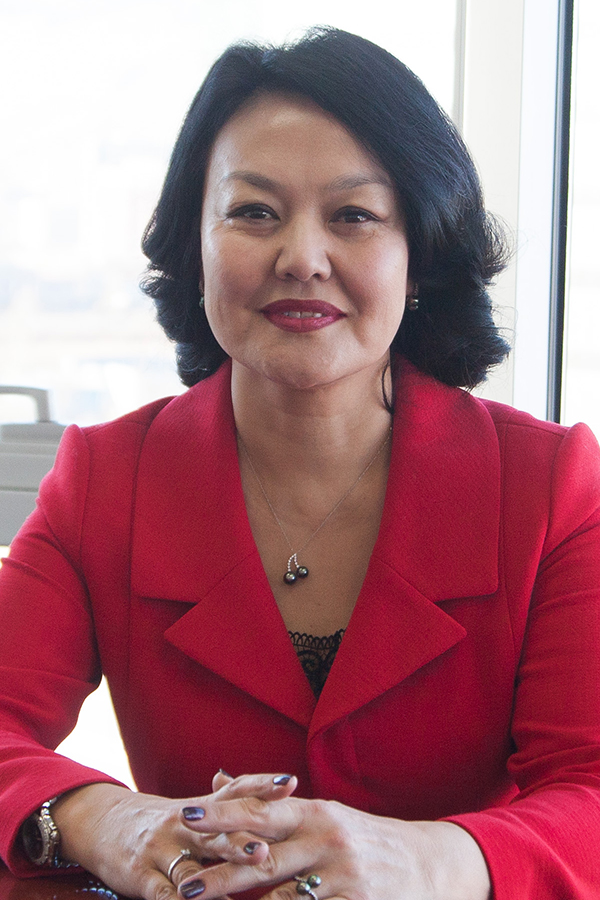 Ms. Narantuya is a partner of the Firm and a member of Mongolian bar. She has been with the Firm for 14 years and focuses her work on minerals mining and exploration, environmental compliance, land, energy and corporate, company formations and mining and tax litigation.

Prior to joining the Firm, Ms. Narantuya was legal counsel at the Mongolian Parliament and a senior legal advisor at the Minerals Resources Authority of Mongolia, the governmental agency that oversees mining matters including the issuance and registration of exploration and mining licenses and the supervision of compliance related to those licenses in Mongolia and represented the agency in litigation with respect licenses.

Ms. Narantuya received her Bachelor in Laws (LL.B) degree from the Police Academy of Mongolia and a Masters Diploma from the Law School of the National University of Mongolia. 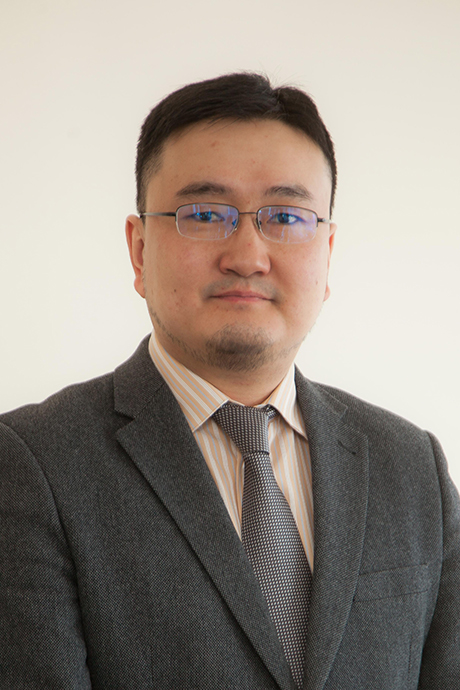 
Enkhtur Demberelsuren is a Partner in the litigation, arbitration and dispute settlement practice of the Firm.

His focus for the past 10 years includes civil, commercial and administrative litigation, as well as criminal and arbitration proceedings. He is well regarded for his representation of multinationals in the immigration and labor sectors of Mongolia.

Prior to joining the Firm, Mr. Enkhtur worked as lead in-house counsel for an international mining and drilling company with over 100 employees, and before that he served as a senior attorney at one of the first international law firms with a full time presence in Mongolia.

Mr. Enkhtur earned his Bachelor in Laws (LL.B.) degree from the National University of Mongolia School of Law, and in 2005 passed the Mongolian Lawyer’s qualification exam and was admitted to the Advocates Association and Bar system of Mongolia. 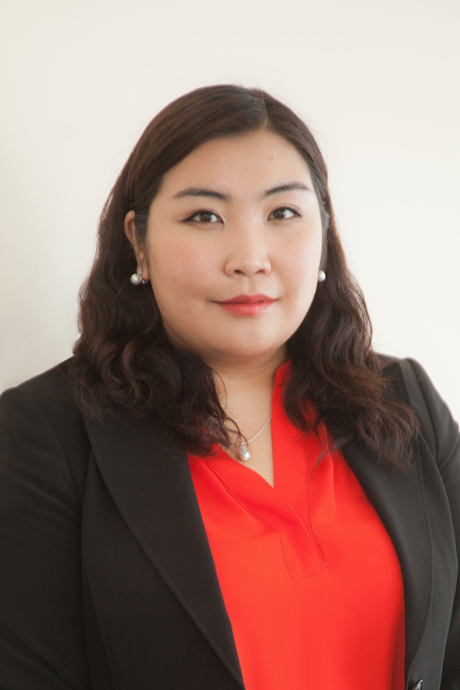 She has experience with a wide range of transactions involving concessions, public private partnerships, joint ventures, project finance and acquisitions in Mongolia, with a particular interest in the infrastructure, energy and mining sectors.

She routinely advises on corporate compliance and mandatory filings to some of the largest local and multinational companies operating in Mongolia.

Prior to joining the Firm, Ms. Nomin worked at an international law firm based in Ulaanbaatar, where her work focused on corporate restructuring and due diligence for leading multinational companies in the energy, mining, and financial services sectors. 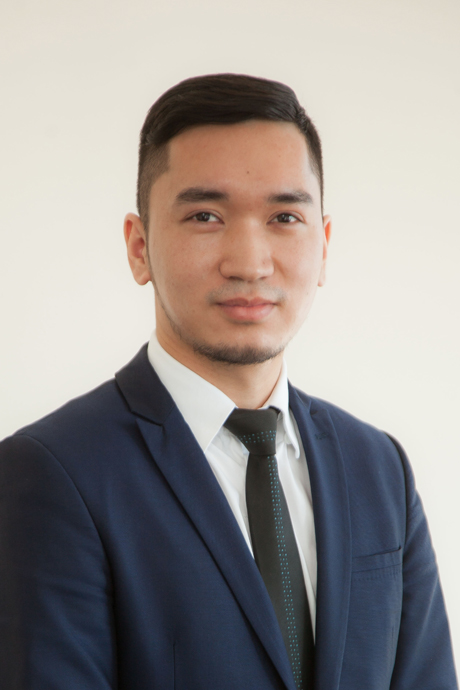 He has experience with a wide range of transactions involving concessions, financing, taxation, construction, licensing and regulatory matters, with a particular interest in the energy sector and investment issues.

Prior to joining the Firm, Mr. Bilguun worked for an international trading company with primary focus on customs and tax laws. 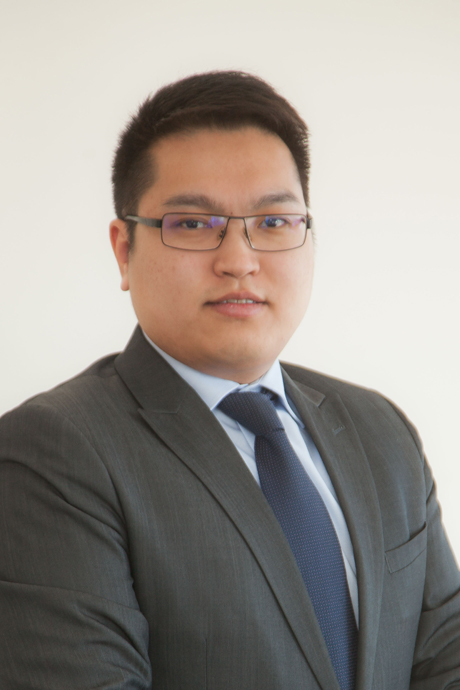 Mr. Uuganbayar earned his Bachelor’s of Law (LL.B) degree from the National University of Mongolia School of Law.

His work includes a number of aircraft lease transactions, routinely advising clients listed on the Mongolian Stock Exchange, and advising clients who are listing on foreign exchanges or engaging in private placements.

He has experience representing issuers, underwriters, investment banks and investors.

Prior to joining the Firm, Mr.Uuganbayar worked at a brokerage, dealer, underwriting and investment advisory company as a legal advisor and broker with a focus on trading and listing of joint stock companies on the Mongolian Stock Exchange. 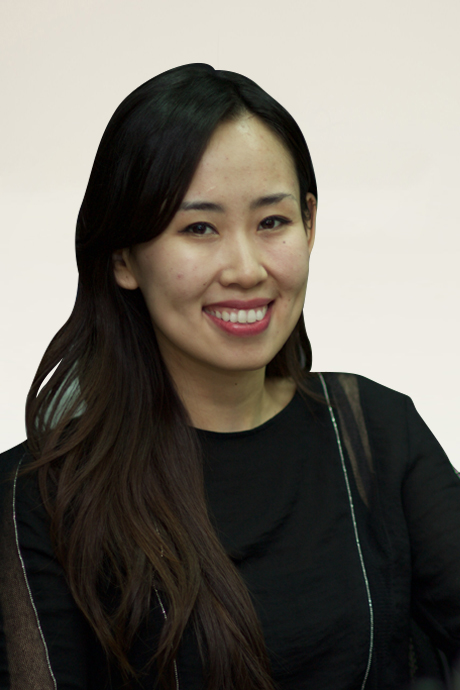 Ms. Munkhbaigali earned her Bachelor’s of Law (LL.B) degree from the National University of Mongolia School of Law, and a LL.M. in comparative law from the University of Nagoya (Japan) with a focus on competition law and policy.

Her current focus with the Firm includes mergers and acquisitions, financing and corporate compliance, with a particular interest in competition law.

Prior to joining the Firm, she completed her apprenticeship at the Financial Regulatory Commission in Mongolia. 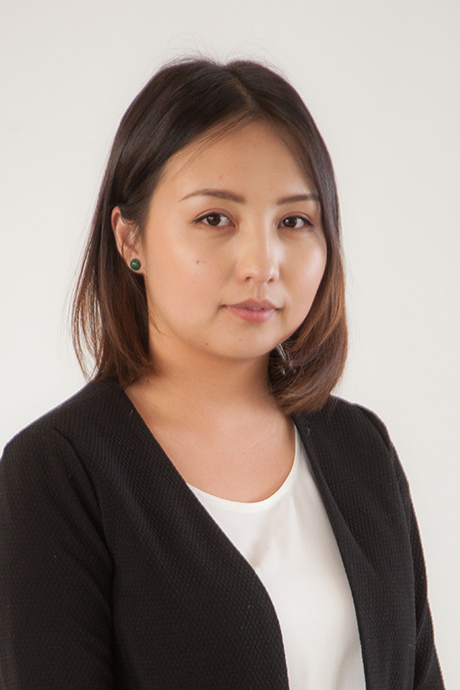 Ms. Nyamchimeg earned her Bachelor’s of Law (LL.B) degree from the National University of Mongolia School of Law and completed her apprenticeship at the Minerals Resource Authority of Mongolia.

Prior to joining the Firm, Ms. Nyamchimeg worked for an international trading company with her primary focus on customs and tax laws. 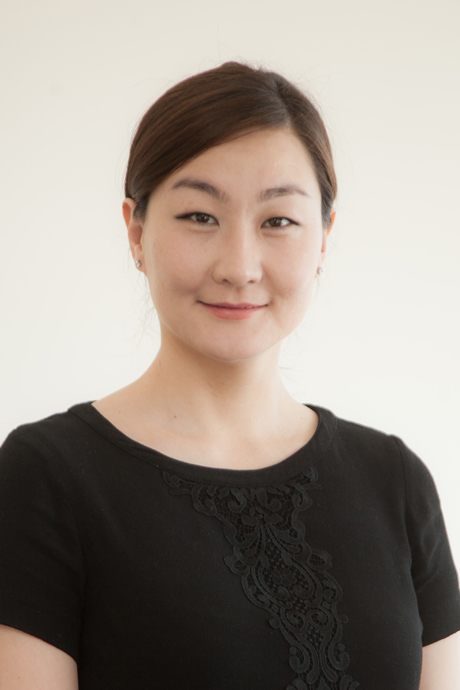 Her current focus with the Firm includes due diligence, corporate compliance, minerals exploration and mining and regulatory matters. 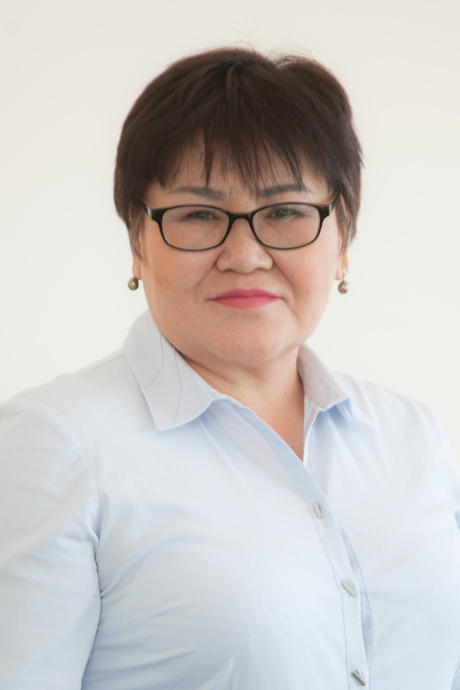 
Ms. Sarantuya holds several degrees in linguistics and business management from the National Pedagogical Institute of Irkutsk (Russia) and the Institute of Finance and Economics of Mongolia. She has completed numerous management training courses and workshops both in Asia and Europe.

She has great experience in corporate management and accounting, and worked for well-known local and international organizations in Mongolia and Europe prior to joining the Firm. Ms. Sarantuya speaks Mongolian, English and Russian. 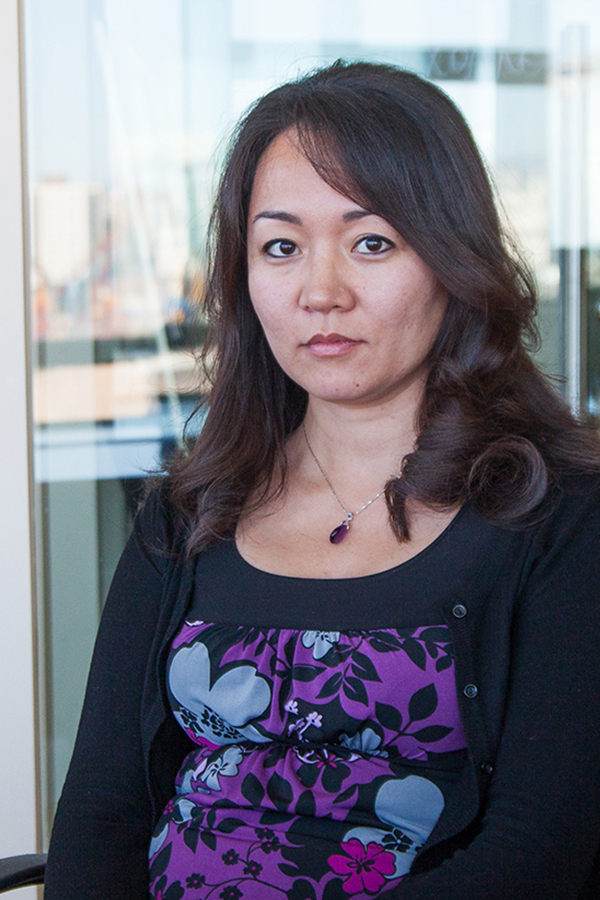 
Ms. Munkhzaya has been with the Firm since 1999. Ms. Munkhzaya received her Bachelor’s degree in English translation from the Foreign Language Institute, Ulaanbaatar. Ms. Munkhzaya speaks Mongolian, English, Russian and Hindi. 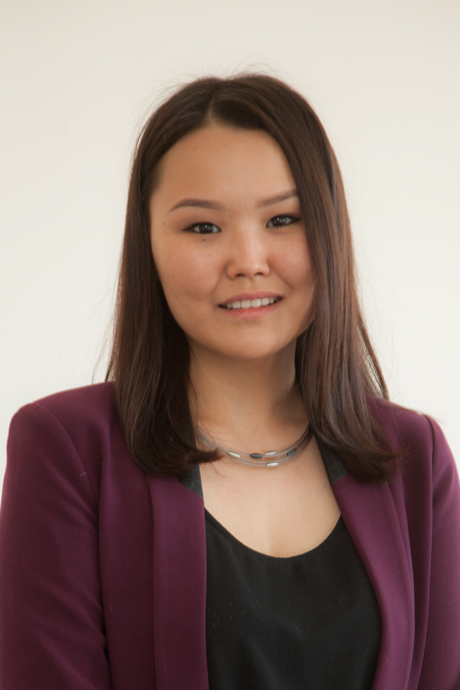 Ms. Selenge has been with the Firm since 2012. Ms. Selenge received her Bachelor’s Degrees in English Translation and Global Business Management from the University of the Humanities. Ms. Selenge speaks Mongolian and English. 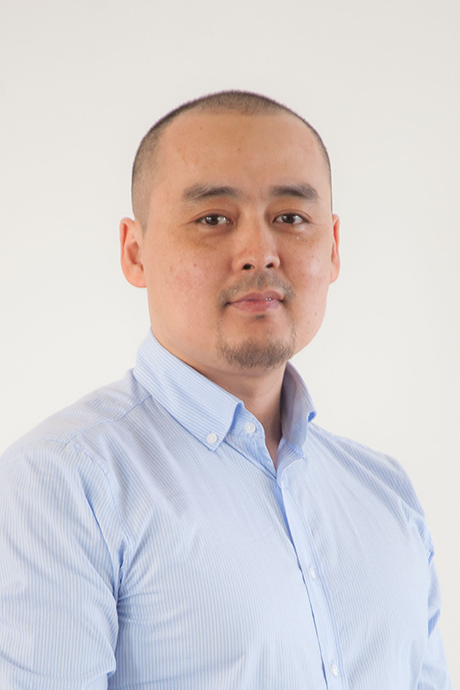 
Mr. Odbayar received his Bachelor’s degree in English translation from Otgontenger University, Ulaanbaatar. He previously worked in Mongolian the mining and petroleum sectors, has over ten years of experience in technical translation,  and joined the Firm in 2015. Mr. Odbayar speaks Mongolian and English.